Sam & Ash is proud to join the Henderson Silver Knights’ Silver Society, an exclusive group of founding partners for the Silver Knights, the Dollar Loan Center arena and Lifeguard Arena. 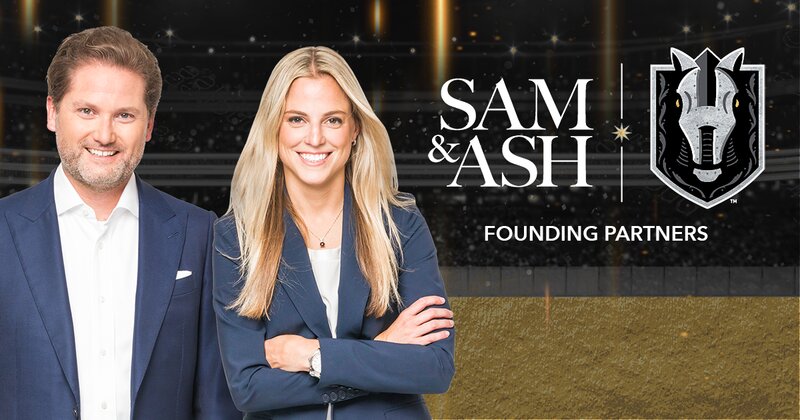 Vegas Golden Knights President Kerry Bubolz said, “We are incredibly excited to begin working with Sam & Ash at the Henderson Silver Knights. As a Silver Society member, they will play an integral role in establishing the Dollar Loan Center as a first-class community facility in the heart of Henderson. Their commitment to the Southern Nevada community echoes the same belief system as our organization. We can’t wait to make a meaningful impact with them at our new home.”

The Silver Knights, an American Hockey League team affiliated with the Las Vegas Golden Knights, will be moving into a new 6,000 seat arena now under construction on Green Valley Parkway near the District at Green Valley Ranch. Scheduled for completion in 2022, the new multi-purpose arena, known as the Dollar Loan Center, will replace the Henderson Pavilion. In addition to hockey games, the new arena will accommodate concerts, festivals, community and civic events, graduation ceremonies, performing arts productions and all kinds of sporting events.

“The first sport event I attended after the lockdown was lifted was to see the Henderson Silver Knights,” said Ashley Watkins. “Not only do I love watching them play but partnering with them felt like a natural fit. We’re both the neighborhood team who everyone has access to and can enjoy. And our results and expectations for continued success are unparalleled among our competitors.”

As members of the Silver Society and Official Injury Attorneys of the Henderson Silver Knights, the Sam & Ash logo will be featured in the ice and on signage at Orleans Arena, Dollar Loan Center and Lifeguard Arena. Sam & Ash will also be the presenting partner of a suite-level outdoor deck at the Dollar Loan Center and will be featured on Silver Knights radio, TV, and digital broadcasts.

Sam & Ash takes pride in supporting local organizations that help foster of a sense of community and make the city unique.

“Hockey is incredibly exciting. But it’s more than just entertainment to me,” said Sam Mirejovsky. “Having a local team is important where members of our community can come together and cheers for the same cause. We’re excited to have another great way to come together with our neighbors and contribute in a small way to what it means to be a Las Vegas local.”