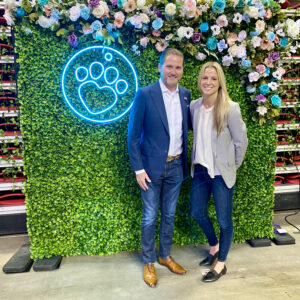 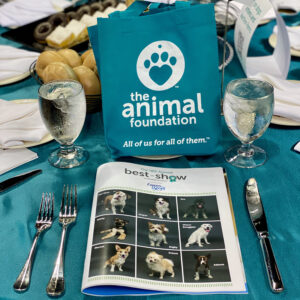 Sam & Ash were proud sponsors of the 18th Annual Best in Show. A nonprofit, 501(c)3 organization, The Animal Foundation of Las Vegas, founded in 1978 as a low-cost spay and neuter clinic, is now the highest volume single-site animal shelter in America. They are an open admission shelter and they take pride in saving dogs, cats, pigs, rabbits, exotic animals, etc.

The dog show took place on Sunday, September 26, 2021 at the Thomas & Mack Center at UNLV. Sam & Ash had a table of 10 guests on the show floor. A Live auction took place before the show and there was a silent auction as well.

The Best in Show consisted of categories of dogs placed by size: small dog group, medium dog group, large dog group, miscellaneous dog group, and a puppy parade! All of the dogs that were shown were up for adoption and available for guests to bid on them electronically during the event.

Bark Andre Furry and Deke Henri Furry were in attendance to greet the VIP guests on the floor before the show as well. All of the proceeds that were raised during the event go back into life-saving programs for the animals that are in the Animal Foundation’s care. All 28 dogs at the show were adopted and went home with their forever families! A three-legged miniature poodle named Elton, was crowned the winner of the Best in Show!