Connect with us on our social:
@EatTalkRepeat 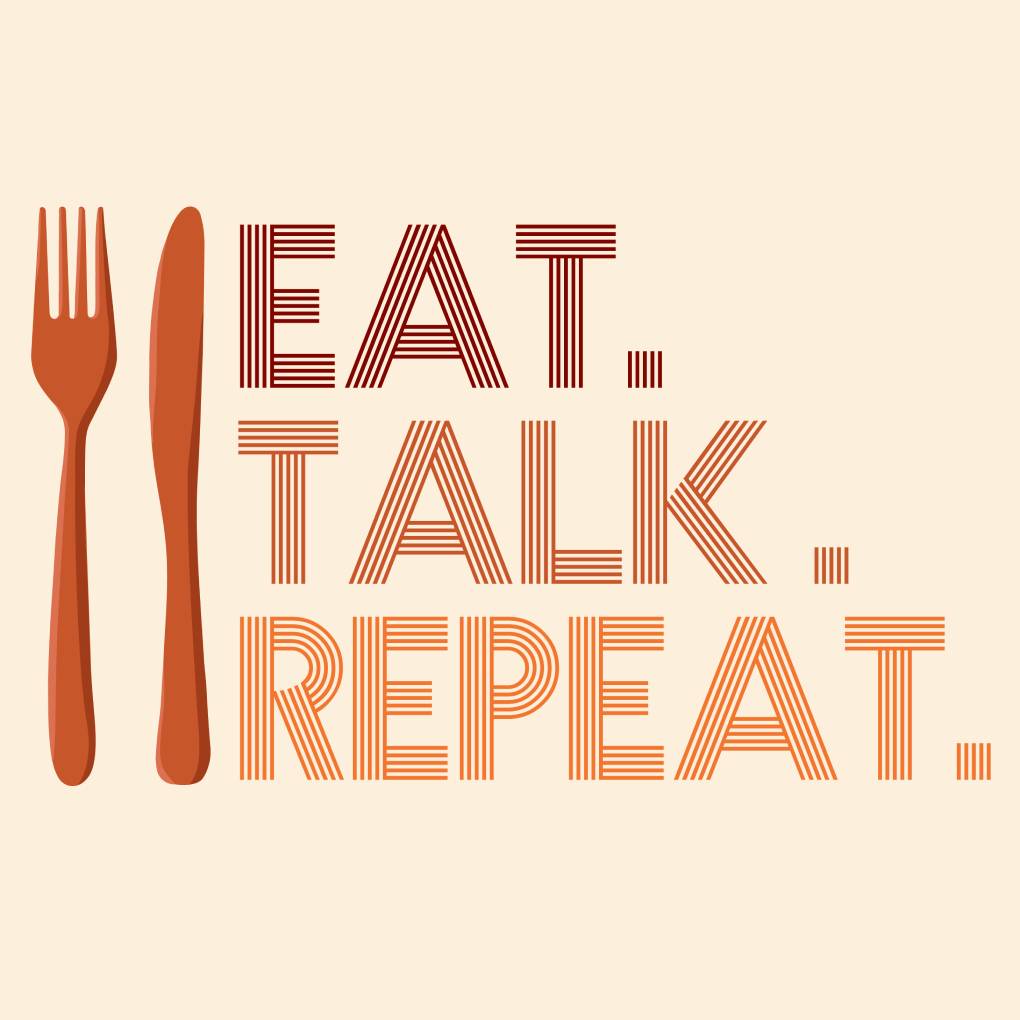 Renowned Las Vegas food critic John Curtas is serving you a new kind of food show — a proper food show. Co-hosted with his gastronomically-opinionated friends Sam & Ash (of billboard lawyer notoriety), this podcast is not for the faint of palate… or those who like ketchup with their steak. Just kidding (maybe).

John has been the voice of the Vegas food scene since 1995 and has eaten in more local restaurants more often than anyone ever (here’s proof). So he doesn’t have to justify his opinions.

Eat. Talk. Repeat. That’s not just the name of the show, it’s our mission statement. Sharpen your tongues as John & Associates recommend where to make reservations… and where to have reservations as you learn to eat like a critic. You never know what you’ll get with this trio of food connoisseurs, but have no doubts they’ll satisfy your appetites and always leave you coming back for seconds (and thirds).

Join them in their virtual kitchen every week to chat about all the food news you can use with some healthy sides of entertainment and culinary education. Whether you’re a chef, passionate home cook, or casual foodie, make sure to add Eat Talk Repeat to your weekly listening rotation.

You can find the podcast wherever you listen to your favorite shows or by visiting eattalkrepeat.com.

John Curtas has been an outspoken professional restaurant critic for over two decades and has seen Las Vegas grow into one of the leading restaurant cities in the world first-hand.

“I think I’m an opinionated guy when it comes to eating and drinking in Las Vegas, and I’m a bit of a curmudgeon,” Curtas said when asked to describe his social media persona.

When he’s not eating, he’s talking about food – whether it’s through his popular website, Eating Las Vegas, his book Eating Las Vegas – The 50 Essential Restaurants, or right here on Eat Talk Repeat. He’s written for the likes of Las Vegas Weekly, Eater, and so much more. He’s a man of many words (some would say too many) and never turns down another medium to give his sometimes controversial opinions.

Unlike a lot of food writers and podcasters, John has a face for television. He’s made a number of appearances on national TV shows, including as a judge for the finale of Top Chef Masters (twice) and Iron Chef America (four times) and as a featured critic on Man v. Masters.

When he’s not eating food, writing about food, talking about food, or dreaming of food, John Curtas can be found practicing law, traveling the world, and indulging in the finer things in life with his wife, The Food Gal. John is passionate about helping people fall in love with food the way he has, and sharing his decades of experience with as many people as possible.

If you want to learn more about John’s curriculum vitae, visit www.eatinglv.com, or search for him on Google.

Sam Mirejovsky is a man of discerning taste who puts ketchup on his steak. He has a palate that would make any foodie weep and loves to share his opinions on everything — especially food.

Long-time listeners probably recognize him as the host of the What’s Right Show on AM 840 KXNT, where Food Friday first started as a way Sam and Ash could leave politics behind to start the weekend right — talking about Las Vegas food with the expert himself, John Curtas.

Because politics is neither suited for the dinner table nor podcasts about the dinner table, the trio has left behind Food Friday to launch the separate podcast of Eat, Talk, Repeat.

You might not find Sam trying out John’s hole-in-the-wall recommendations, but you will find him anywhere clean that serves a proper gin martini. He’s the reason why we had to put “proper” in “proper food show.”

With his wit and clever sense of humor, Sam is sure to make your virtual dining experience one you’ll never forget.

You’ve probably seen Ash Watkins on personal injury billboards around Las Vegas. Despite being the youngest (and best-looking) member of the proper food show, Ash is the adult in the room — and the only thing keeping John and Sam from wasting a food show by talking politics.

Think of Ash like a vintage Las Vegas speakeasy. She knows all the best-kept secrets and tips you need in the food scene in one of the leading restaurant cities in the world. From hole-in-the-walls and dive bars to up-and-coming local spots — she’s got a rec for it all because she’s been to them all. Some, more often than she’d ever admit.

She’s Eat Talk Repeat’s hidden gem that knows how to spice things up and keep it real with her biting humor and witty one-liners. There’s a reason John Curtas says she puts the Ash in Ash-hole.

Ash is also an In-N-Out connoisseur, and will fight anyone who says it’s overrated. Her order? Glad you asked.

The OG (fav but doesn’t get it often anymore):

Go-To, Never Fails (when in doubt):

3×3 Protein Style, mustard instead of spread

Oldie But Goodie (always used to do):

Double-Double, ketchup & mustard instead of spread, with grilled onions

Let Me Live & Leave Me Alone (for when she’s feeling like a child… don’t act like she’s alone in this):

Two cheeseburgers with ketchup only, stuff french fries inside (measure with your heart)

Get a Free Consultation 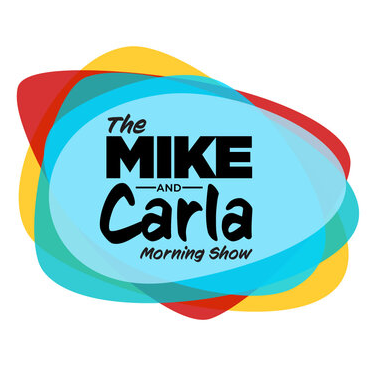 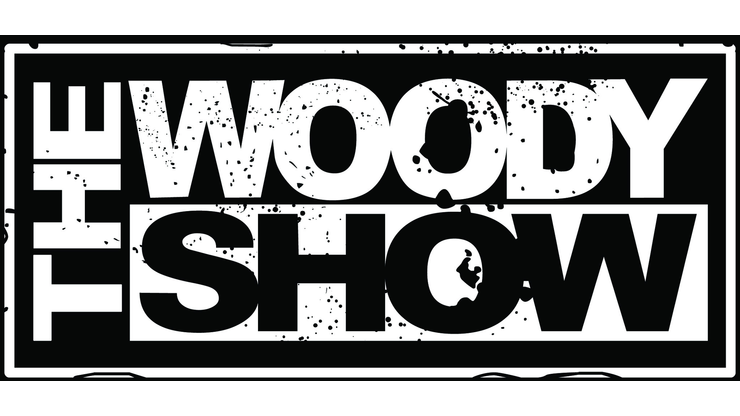 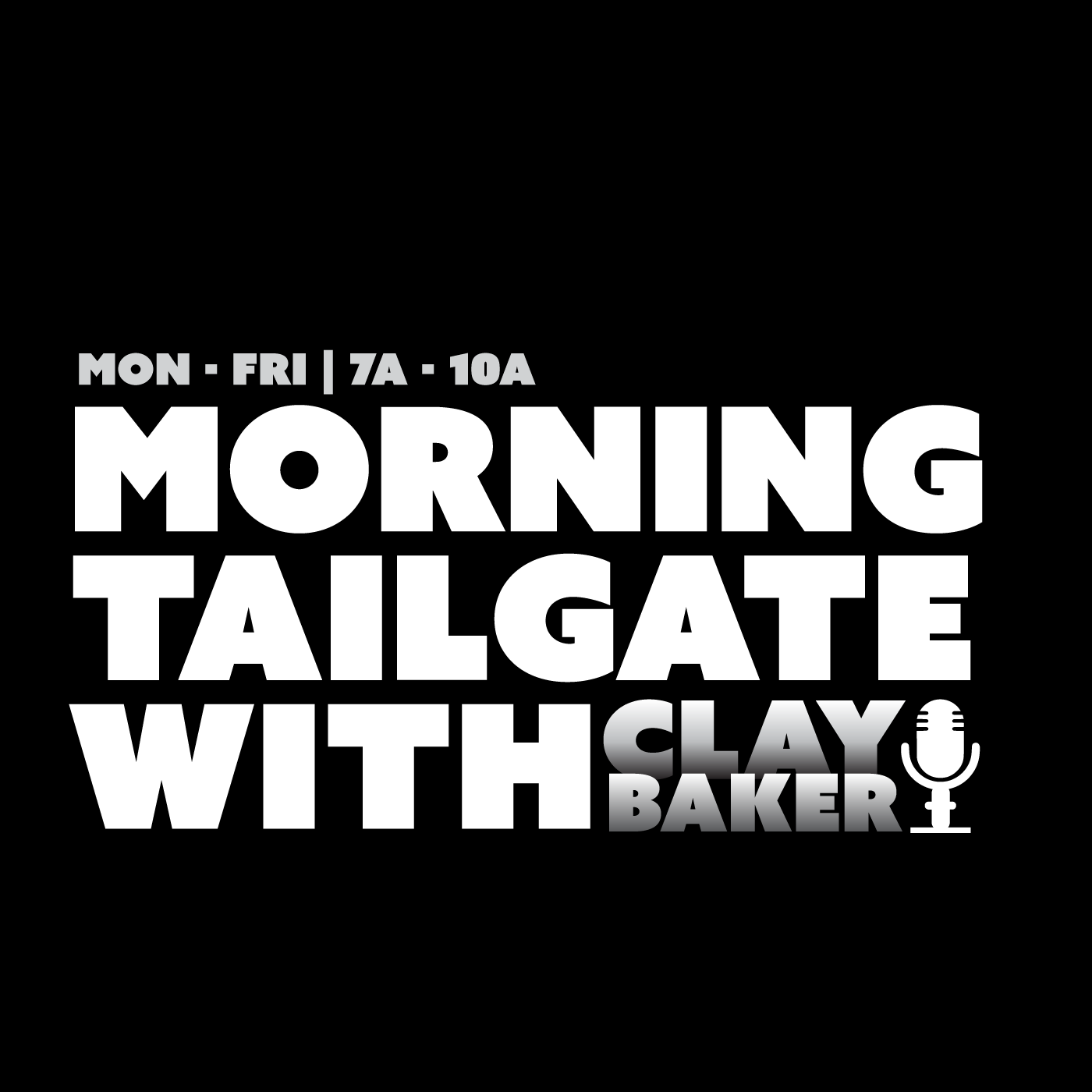 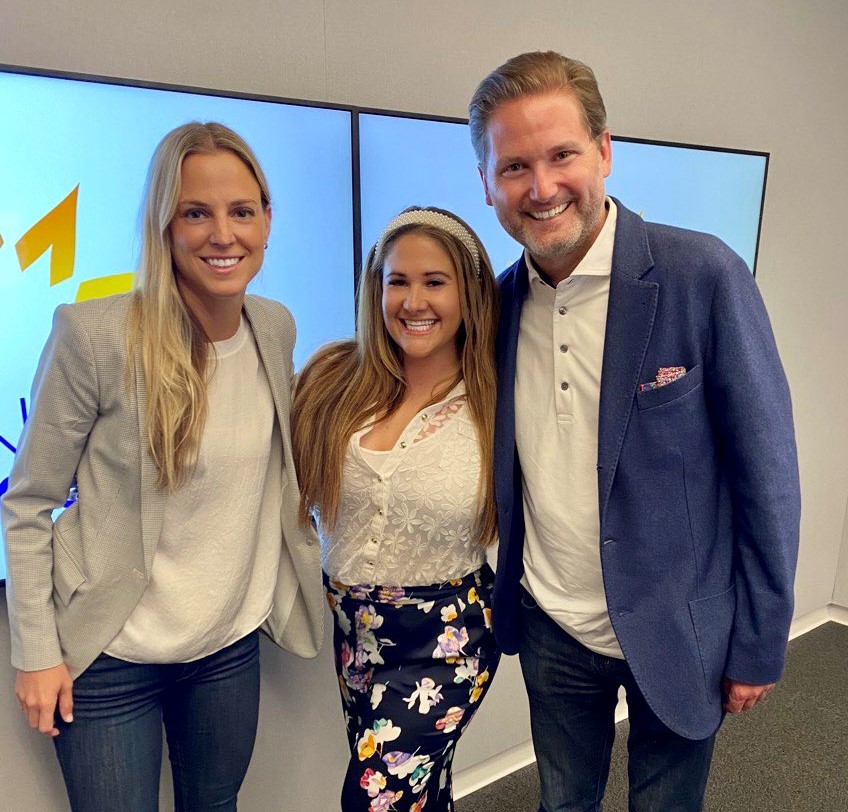 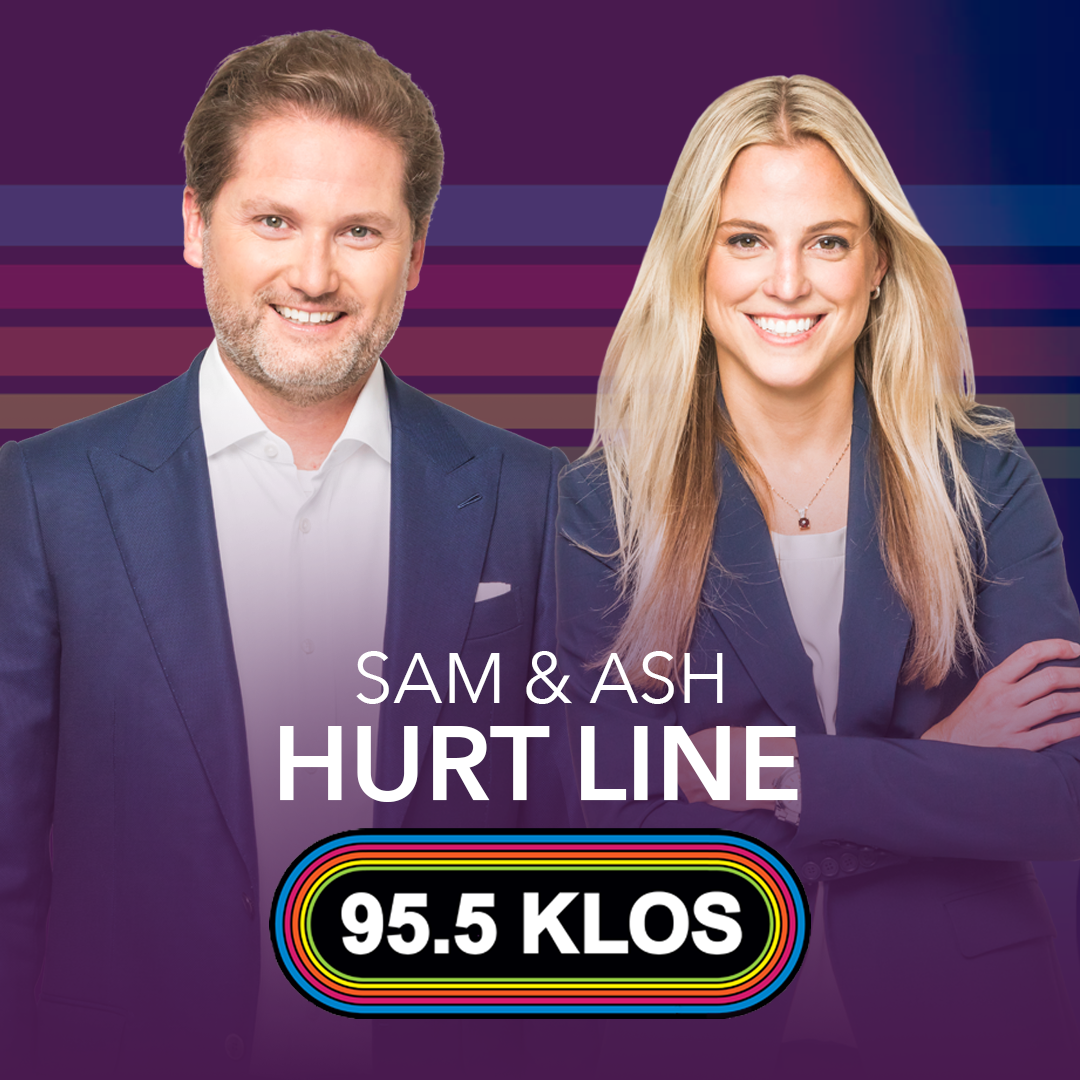 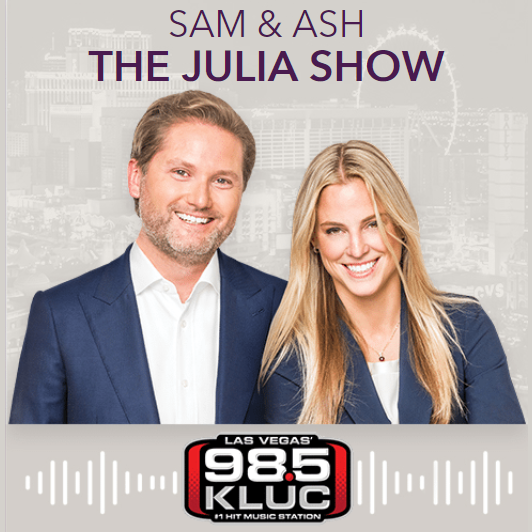 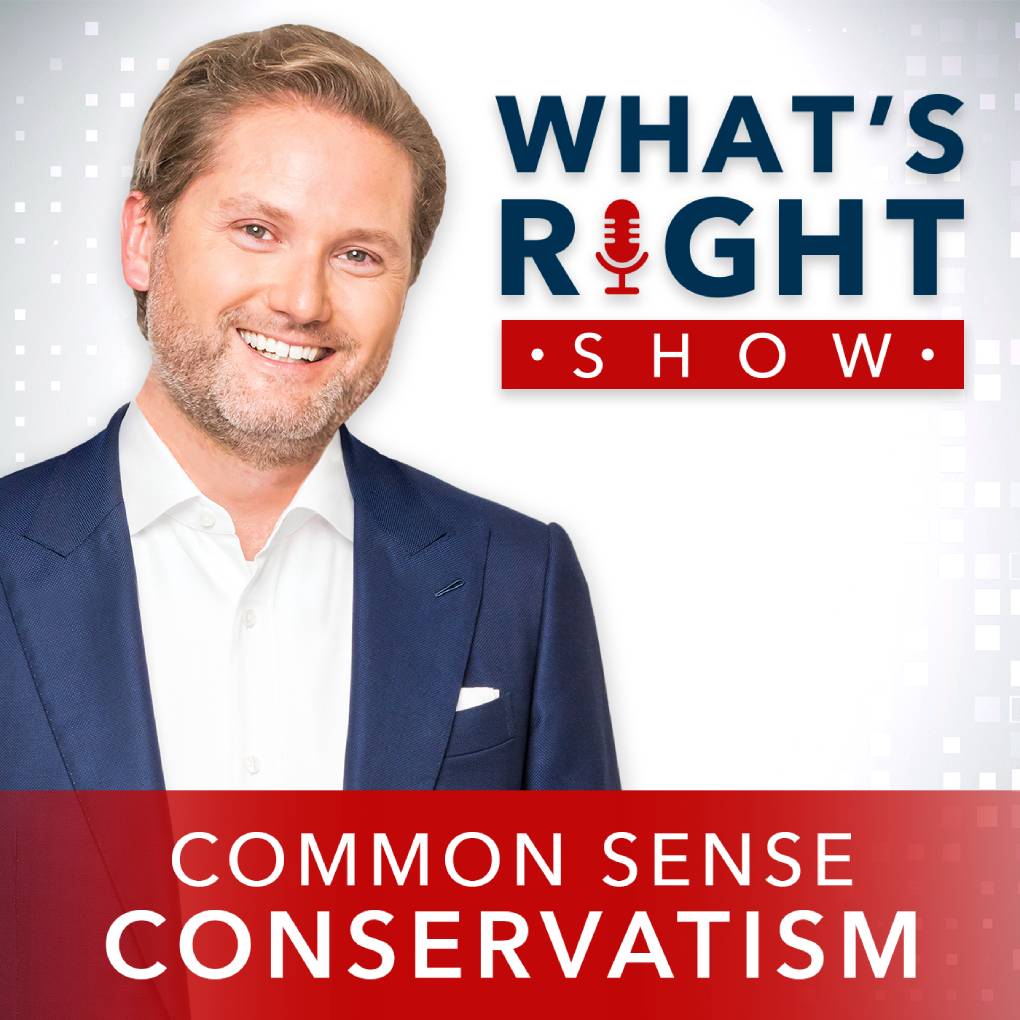